Some teachers spend a lot of time looking for great ideas.  They scour the internet.  They might wear out Pinterest or spend a fortune on Teachers Pay Teachers.  The tough thing about a Google search is the sheer number of choices you will see.  If you ask Google, "How can my students publish online," you'll see 89 million results.  The top four results are Top Ten Lists for publishing, or tools for publishing, or sites to visit for publishing.  Too many choices.  If only there were an expert on campus to tell me the best way for students to publish their work using a tool that is easy to use.

They love when a new teacher joins the team and brings in fresh ideas.  They love getting their hands on a new resource that offers ideas that are arranged in an organized manner.  Moreso, teachers love finding a resource that actually seems to help teach the concept that needs to be learned.

Now that I am once again a new teacher, I see a major dilemma.  I am stuck between two competing needs.  I need to provide learning opportunities that engage students and help them master the learning objective.  I also need lesson plans for each subject, every day, that cover the units of study.  These two things are both important.  They are also much more difficult that I imagined.

For every unit of study, there is absolutely not enough time to deconstruct every learning objective in order to define what the student really needs to know, determine how students will show mastery, and plan for differentiation for struggling students and advanced students.  As a principal, I would constantly say that we couldn't do it all in one meeting, but over the course of several meetings, months, and even years, we would get better and better.  As a teacher, I want to do it right, right now, and there isn't time.

So instead, I must find things to fill my lesson plans on a daily basis.  I recently spoke with a former co-worker from another place who now also happens to work in my new district.  She is also having a few struggles with the new-ness, but she offered me some wisdom that I needed to hear.  She set a goal to teach two strong lessons in each content area each week.  Brilliant!  Rather than lament the impossibility of making every single lesson a masterpiece, I need to give myself some grace and shoot for two! 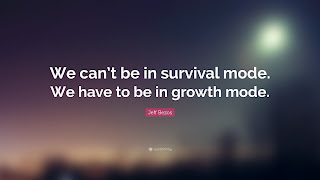 As a principal, I underestimated the amount of time necessary for quality collaborative planning.  If you want a true PLC culture, make sure teams have time to address the first two questions adequately.  Before the first day of school, give teams time to get their first units planned out solidly.  Otherwise, the year begins in survival mode.

Posted by Glennwilly at 4:55 AM No comments:

Last week, I was asked to complete a survey administered by the Texas Education Agency.  They were seeking feedback for the upcoming review of the social studies standards from Kindergarten through high school.  Approximately every 10 years, the state organizes a review of these standards (the Texas Essential Knowledge and Skills, or TEKS) in order to ensure they are meeting the up-to-date needs of today's students.

The process includes educators from across the state.  Many of them are at the top of their game and consistently provide a stellar education to their students.  Other educators on the panel are chosen by a member of the State Board of Education or other highly influential educators.  Sometimes these participants are qualified.  Sometimes they are not.  Sadly, sometimes these influential folks simply choose their friends who have no business representing quality education.

The organization of the process is quite methodical.  Step by step, each committee reviews their particular course.  They review the relevancy and rigor of each standard. They edit, revise, add, rewrite, and delete standards based on their knowledge of the coursework and feedback from others.  The process is so scripted that after several days of editing, revising, adding, rewriting, and deleting, most things do not change.  Most of the time, it is simply an updated table of contents and reworded standards.

A few years ago, the state tackled the math standards and there was quite an uproar from many different factions.  Teachers were split, with some loving the changes and others calling it "New Math 2.0."  Several groups of stakeholders ridiculed the new standards for the lack of basics.  Others ridiculed the emphasis on creative problem solving.  Many talked about the pushed down expectations.  That means previously taught 3rd grade standards were now expected in 2nd grade.  In the end, the standards are not that different and they are not better.

The same thing can be said for pretty much every other content area.  They get edited, revised, added to, rewritten, and occasionally standards were removed.  But they were essentially the same.  Every ten years, and they are not really better.  The proponents of this process would disagree.  The folks that worked on the committees would disagree.  While there may be some minimal improvements made every ten years, the standards are essentially unchanged.

Talk to any teacher, and they will almost unanimously agree on one thing.  The problem with the standards is that there are entirely too many of them.  Way too many.  Exhaustively too many.  We are in our 20th year of the TEKS and Texas Educators have still not mastered how to do it all.  Twenty years later and teams of educators are still trying to find ways to simplify them.  Districts choose power standards.  Curriculum resource companies sell  materials that "cover" it all.  Data tells us which standards we are good at and which ones need improvement.  After twenty years, we should have figured out how to make all those standards come alive in our classrooms.  We haven't.  Yes, there are a few teachers out there who have pretty much got it nailed!  Most do not. 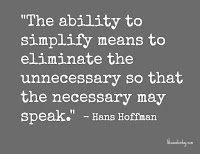 The real answer is simple.  Get rid of the majority of the standards.  There are too many.  Way too many.  Cut them by 60-75%.  Allow teachers to focus deeply on the important standards that give students the opportunity to think, argue, create, solve, communicate, and analyze.  I attended two of the TEKS revision parties and several of the committees talked about this exact idea.  Then when it was time to cut, every standard was vital to one committee member or another.  Everyone had a reason not to make the cuts.  The work is tough and cannot be done well in one week.

I do not volunteer to be in charge of the rewrite.  Hire Mike Schmoker for that task.  His book, Focus, was the impetus for this blog entry.  For starters though, how about following one of Seth Godin's ideas.  Don't ask kids to memorize anything they can ask Siri.  Siri knows all the facts but she doesn't do any higher level thinking.  Sorry, Siri.  Next, get rid of anything that stinks of worksheets.  Sure, paper is a necessary part of education.  Lots of paper!  Stick to standards that make kids think, talk, argue, write, and wonder!


Posted by Glennwilly at 1:47 PM No comments: