I have noticed a recent trend of folks beginning sentences with, "As promised..."

Why are folks feeling the need to announce their kept promises?  Most people try to keep their promises.  We expect people to follow through with their promises.  Sometimes, it doesn't happen.  We are all human after all!  I might actually lead the way in broken promises when it comes to meeting deadlines and following through with action items that I say I will take care of!  Of course I would love to follow through with every single thing I say I will do. With the best of intentions, I want to deliver.  Sometimes I don't.

When I fail to follow through with something I say I will do, I don't mind saying, "I blew it!  I am sorry."  Admitting our failures is OK.  It recognizes that a mistake was made.

Why say, "As promised...?"  Shouldn't a kept promise simply be the expectation?
Posted by Glennwilly at 10:51 AM No comments:

There are times we hear things that make us wonder if someone is out to get us.
"Why would she try to undermine the good work I am trying to do?"
"I've already vetted this idea with the team.  Why would she suggest such significant changes to our plan?"

Sometimes we feel ignored and we wonder why.
"Does he not care?"
"It was a simple question.  Am I not important enough for a reply?"

The next time you don't get the response you were hoping for, or perhaps you don't get a response at all, you do get to choose how you feel about it.  You can choose to feel as if the other person is purposely treating you poorly.  Or, you can choose to attribute their poor response to a lack of knowledge on his/her part, or because he/she is legitimately too busy.

Once that shift is made, your response to the situation will become more pro-active and more successful!
Posted by Glennwilly at 12:58 PM No comments:

What do you do when someone challenges your thinking?

In conversations that become tough, fight or flight can kick in fast when a challenge is presented.  What do you do when somebody challenges your thinking? 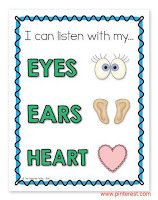 I must admit that I find myself wearing one or more of these badges on occasion.  I try to be better.  I constantly work on my listening skills.  I constantly seek to understand before I try to be understood.  Tough conversations make this challenging.

Posted by Glennwilly at 12:31 PM No comments:

A lot of times, we avoid confrontation and say, "That isn't a battle worth fighting."

The thing is, if the disagreement is in your head and you choose not to address it, you are not actually in the battle.  You are in a state of Cold War.  Tensions build.  Relationships are frayed.  Other important efforts are avoided.  Doing nothing can last a long time.  Doing nothing is a choice.

Sometimes you end up in a battle that you had no intention of fighting.  Words were exchanged and emotions were heated.  There might even be tears.  A poorly-handled conversation does have an advantage.  The disagreement is on the table.  Even if a little storming takes place, as uncomfortable as it may be, it is better than a cold war.  Is anyone else picturing the Airing of Grievances during Festivus?

When there is tension between folks, effective communication diminishes.  Whether it is a cold war or an argument, don't let it drop!  Find a way to finish the conversation.  A popular twitter meme says, "If you have to choose between being right or being kind, choose to be kind."   If I choose to be kind rather than to be right, am I choosing to be wrong???

Ideally, you can choose to be kind and continue the important conversation until a win-win decision can be found.  Ideally, you can keep talking through your differences until a mutually agreeable answer comes to life.  Even if both parties must choose to table the conversation for another time, at least the talking started and the cold war was avoided.

Posted by Glennwilly at 10:08 AM No comments: