Yesterday, I sat in the front office of a local school during dismissal.  It was a very busy, yet well-organized process.  A student entered the office and asked to use the phone.  I watched intently as one of the staff members assisted him.  She was absolutely fantastic!  She knew the child by name and asked why he wasn't heading to practice.  The child told her that his dad told him not to go to practice because he needed to pick him up early.  The child was clearly frustrated because his dad wasn't in the parking lot and he was missing practice!

The woman slid the phone across the counter and watched him as he dialed.  The student tried to dial the number twice with no luck.  At this point, many adults would have said, "Here.  Let me dial it for you."  Instead, she gently asked, "Is it long distance?" 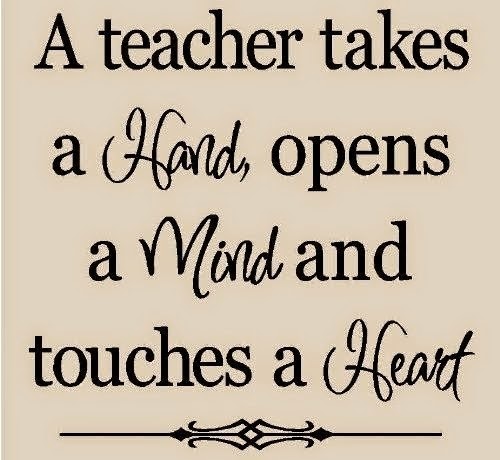 He nodded and tried to dial again.  She continued to stand back and let him try and try again.  After two or three more unsuccessful attempts, she calmly stated with a smile, "You might need to dial a one first."

He tried two more times. Still no success and he was getting frustrated.  By this time, very few adults would lend more guidance.  Most would take over and do it for him.  Some might actually say, "I can't believe you don't know how to dial a phone!"

Instead, she respectfully and politely tried to guide him through the dialing process.  With this last attempt, it still did not work for him, so she did ask him if he wanted her to dial it for him.  I love that she did not TELL him she would do it.  The choice was his.

He accepted her offer and the call was made.  This fine educator never lost sight of the fact that this was a child learning how to do something.  She never lost her cool or placed an unreasonable expectation on him.  Sure, we think that all kids should be able to dial a phone number, but in reality, most of us simple tap a name on our cell phones to call anyone these days.  This child walked in frustrated, tried out an unpolished skill several times unsuccessfully, felt the love and guidance of a teacher, and walked out feeling better than when he entered the office!  I do not know her name but I was thoroughly impressed!