Dr. Jeffrey Rubin says that people learn more from their failures than their successes.  Does that mean that the smartest folks around you have failed the most?  I remember a middle-school string of logic that made me laugh as an 8th grader:

As an educator and a parent, I want kids to have a growth mindset and feel as though they can learn anything they want to learn!  Last week, my son was asked to write a six-lined poem.  Each line needed to be a metaphor and the poem needed to rhyme.  I'm not sure what the learning target was, but I liked the fact that he had to really work with words to complete the assignment.  He had to come up with six rhyming metaphors which meant that he had to write, erase, rhyme, erase, write, erase, and so on.  It took trial and error.  He had to get it wrong a bunch of times before he got it right!

Each line he wrote held some words that stayed and other that failed.  Each line originally had flaws then got better with revision.  He persevered through the unsuccessful words and didn't let the discouragement of failure slow him down.  He failed his way to success!  But really, he successed his way to success.  The words that needed revisions along the way were not failures, they were simply words that didn't work well! 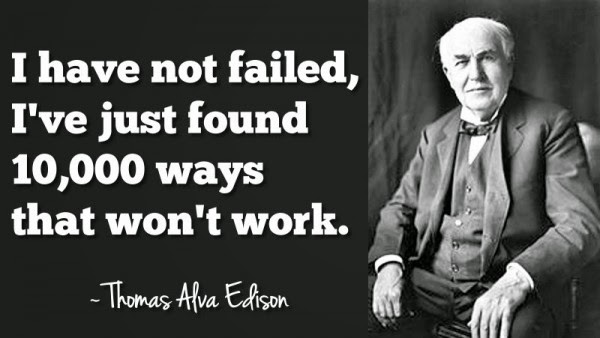 Posted by Glennwilly at 5:58 AM